I finally finished my Pulp Alley faction/team! Aliens of the Crystal Skull which consist of Skinnies from the Starship Troopers, and a Kroot Hound from Warhammer 40k.

The team consists of:
– Tyrant (the guy with the red cape)
– Raider with a jump pack
– Two soldiers
– Technician/Scientist (Modified with a probe, and a tech case)
– Tyrant’s pet pup.

For my first Pulp Alley force, I chose to go with aliens because they seemed to fit any scenario in the Pulpverse that Thom threw at me. Strange War 2, Buck Rodgers/Flash, Sci-Fi Adventures and so on. Even if it’s World War 2 in Afrika raiding a pyramid, what better than Aliens uncovering there long lost loot. How about in the Aztec Jungles, who do you think the real sun gods were? I plan to make more teams down the road, but this one seemed universal. You can’t have a group of french resistance fighting off Martians on the red planet, just be strange, too strange!

Basing: I wanted to enjoy the clear bases, but I was having a problem pinning their tiny feet/legs, so I chose to make a nice sub base for one foot using green stuff so I had a larger surface to glue to the clear base. 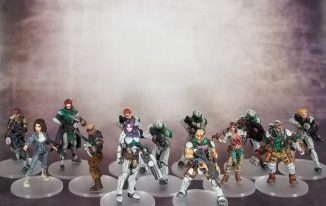 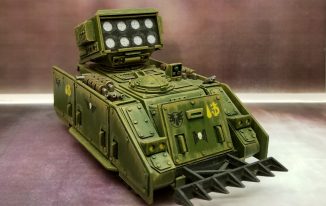 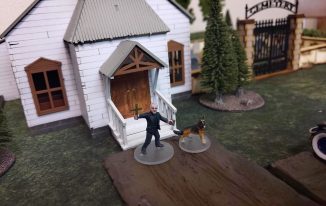