The Blood Angels were my 1st Warhammer 40K army back in 1993 followed closely by the Eldar.

Inspired by the box set cover and the back story the Blood Angels became my chapter.

So, when Games Day 2012 rolled around, and it was announced that GW was releasing a model of the classic Blood Angels Captain from the box art I just had to have him. Since I was unable to attend the Games Day I contacted a friend who was going, Thanks John Russell!! He took good care of me.

There were some issues with the Finecast material, but it was nothing that a little liquid green stuff did fix.

Since my Blood Angels were based on the older Citadel Blood Red that was in the hex bottle and is now produced by Coat d’Arms it was the logical choice for my base color. 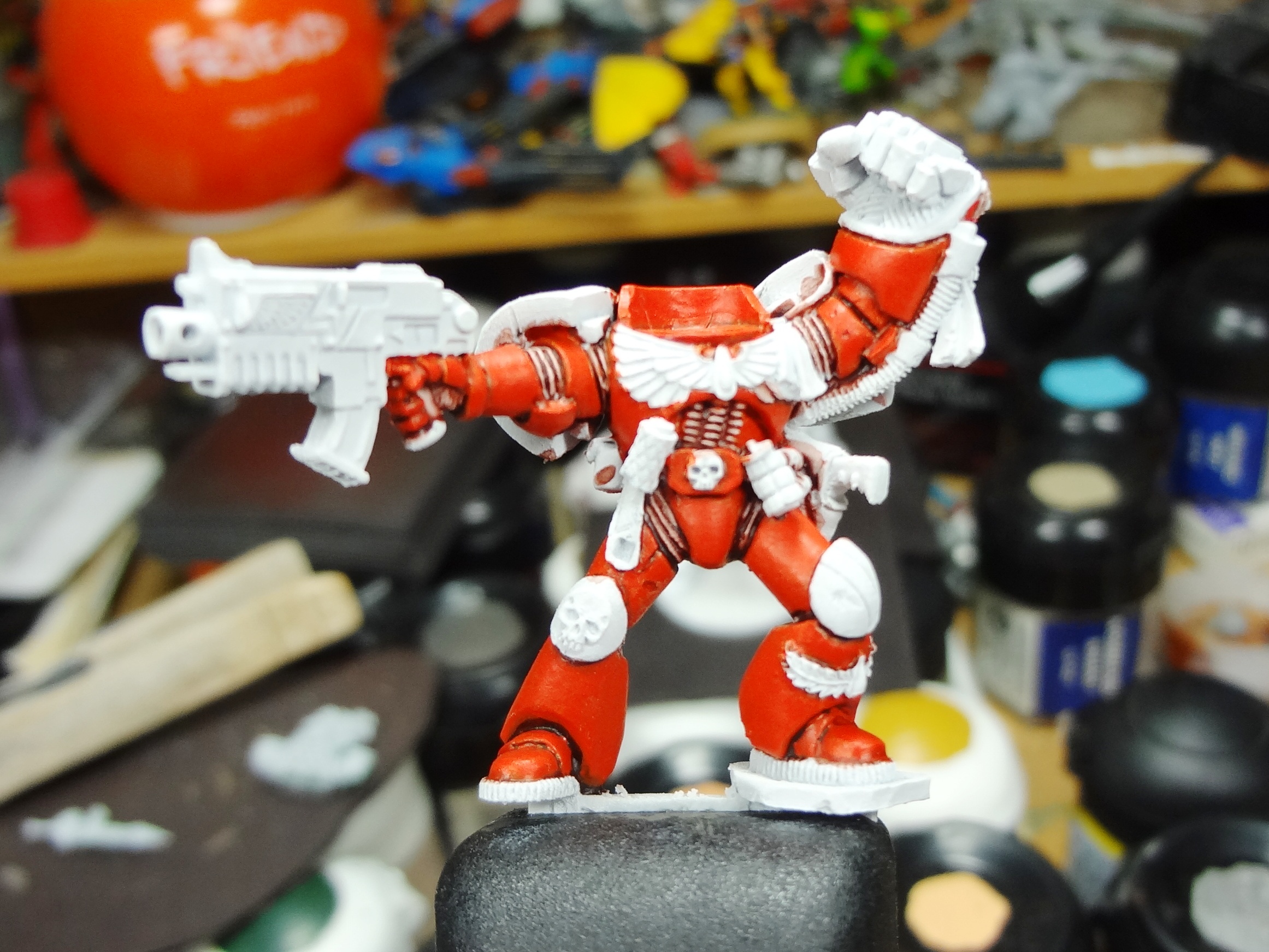 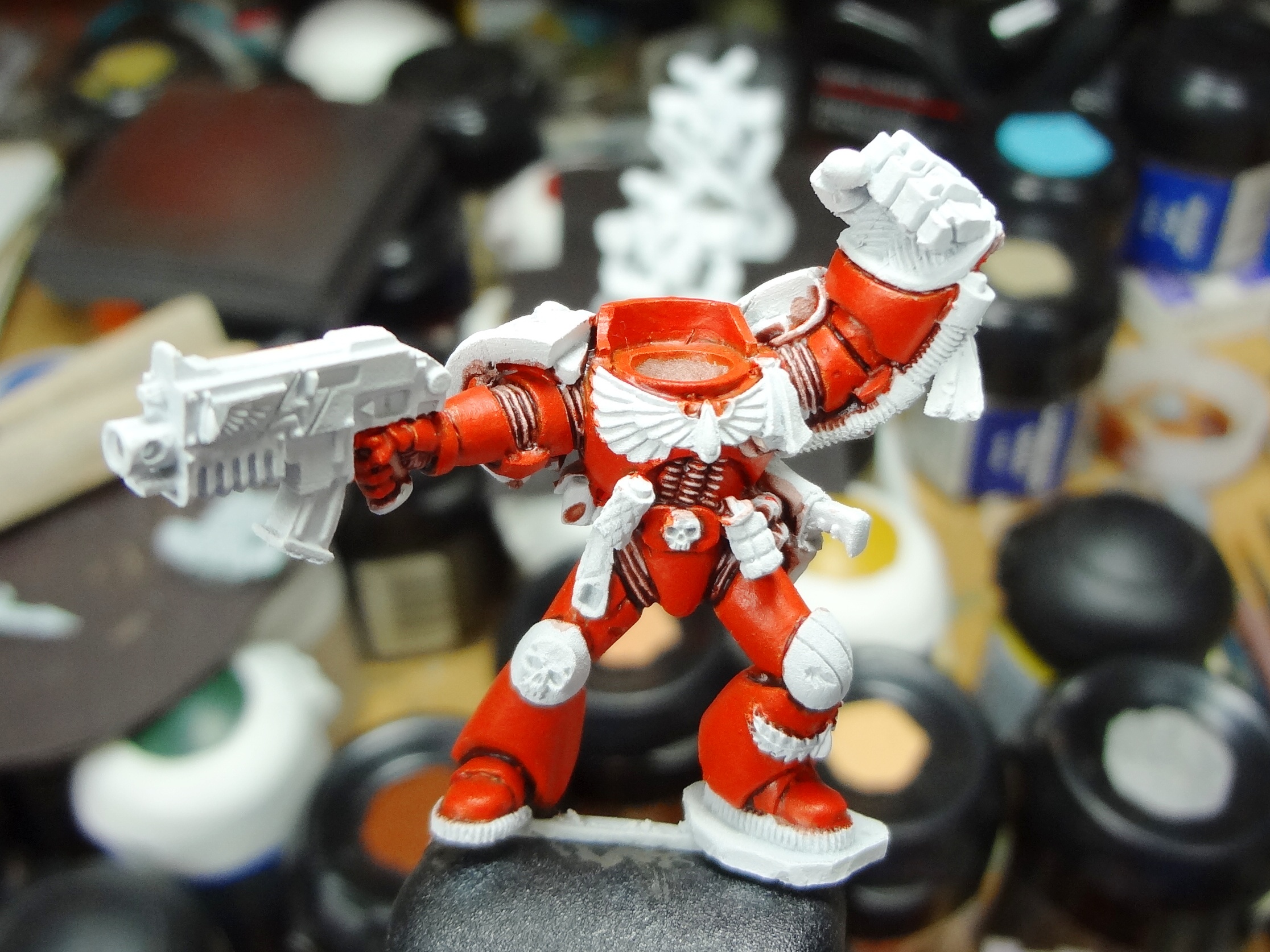 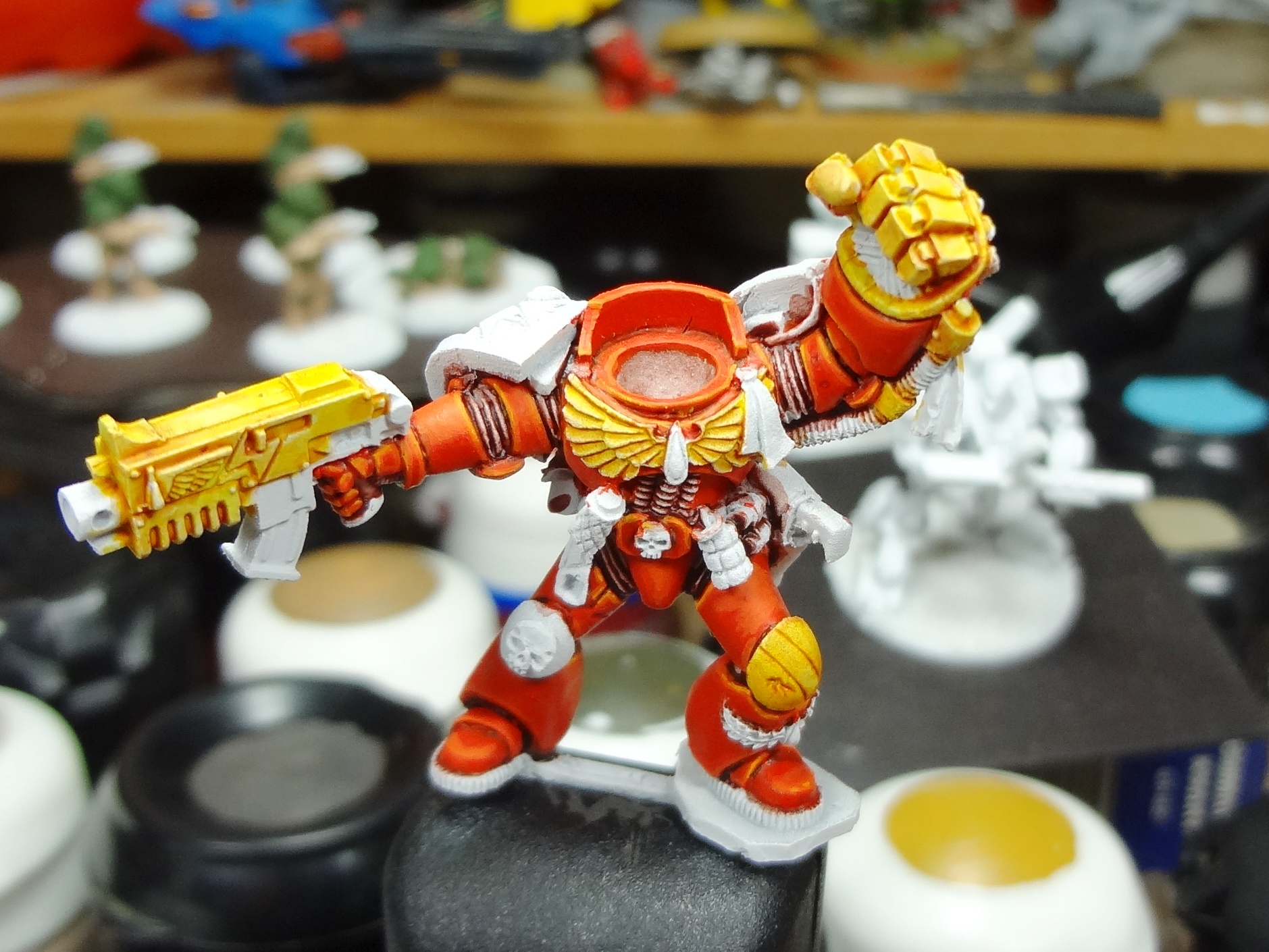 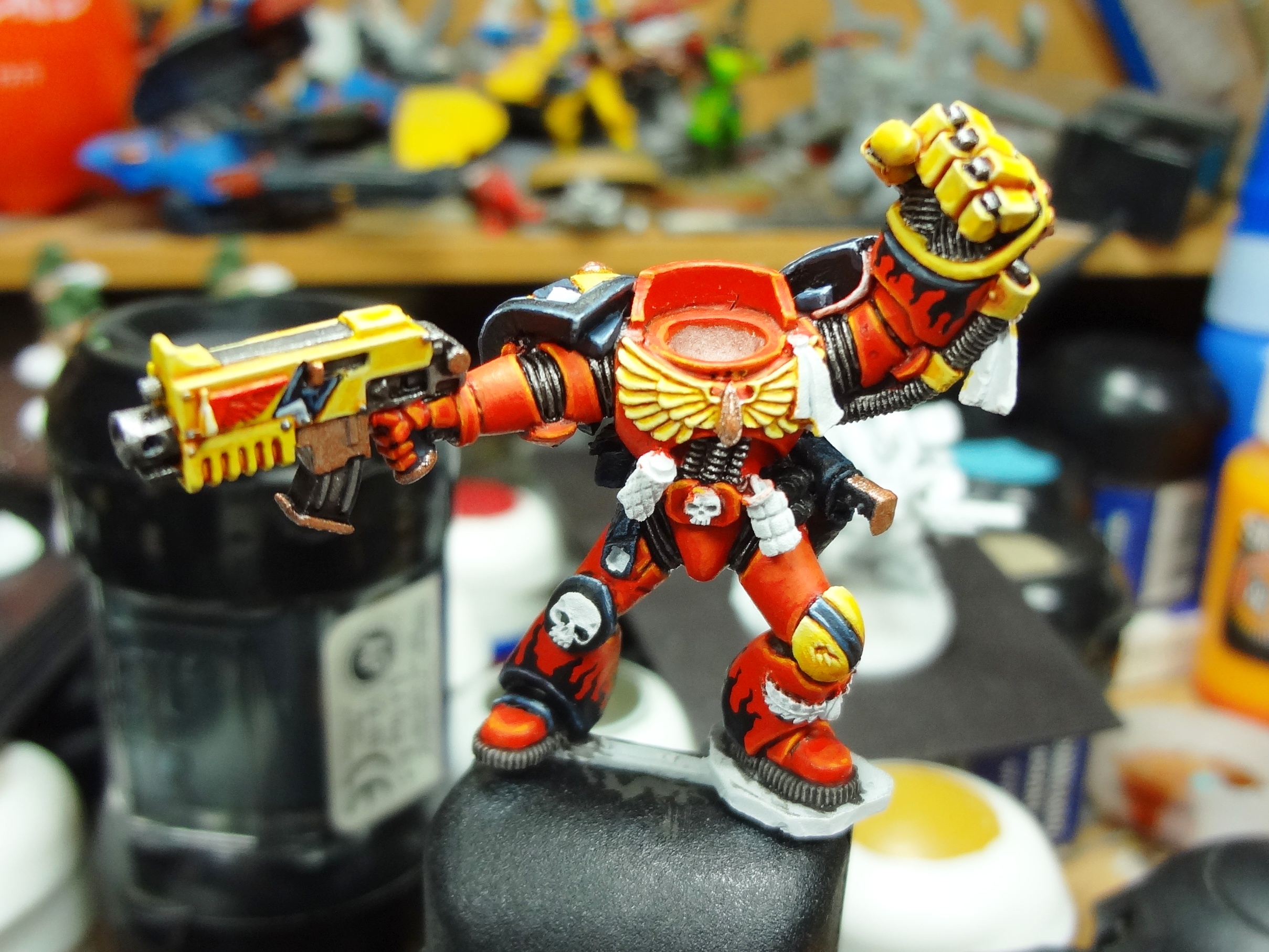 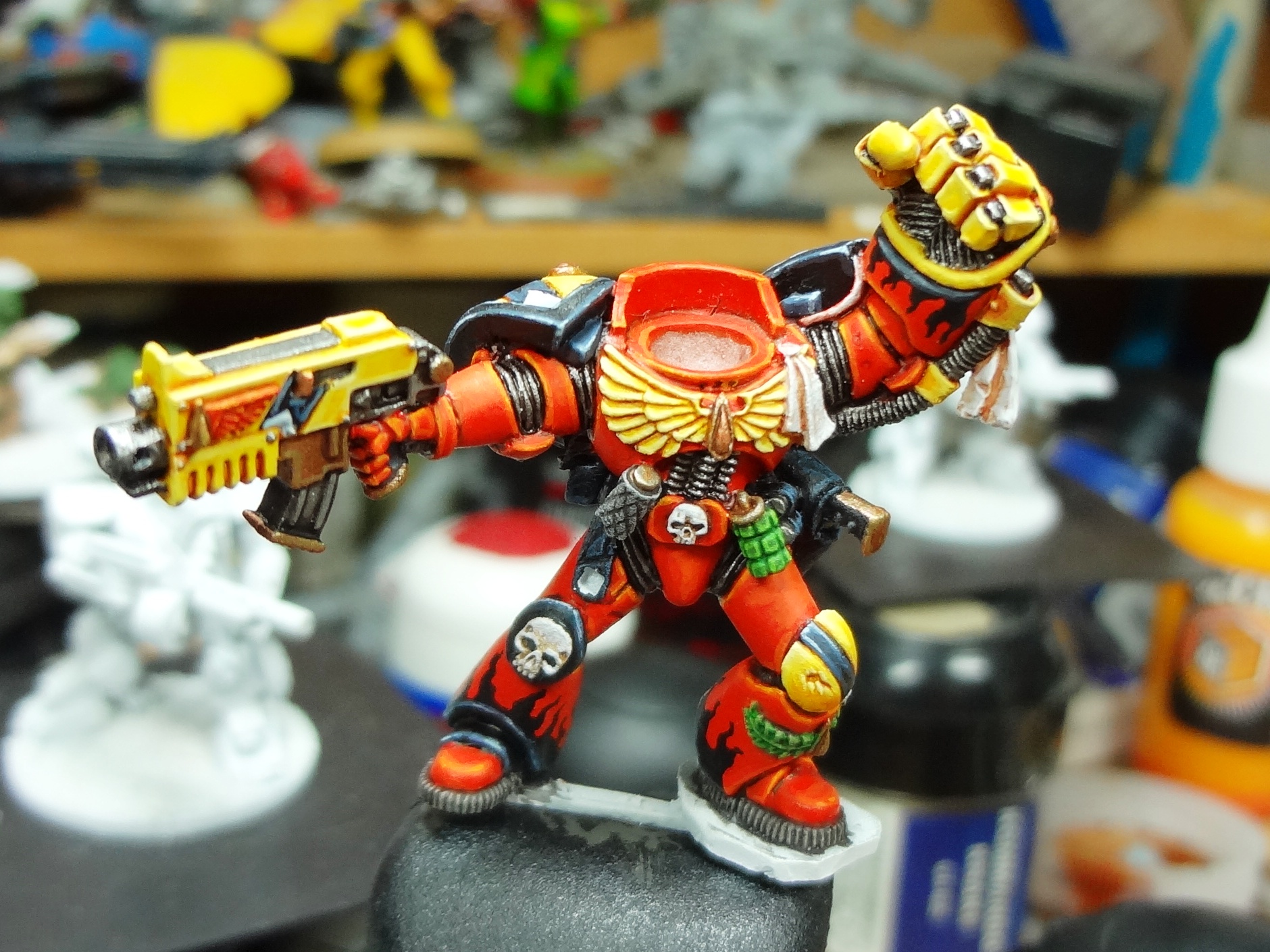 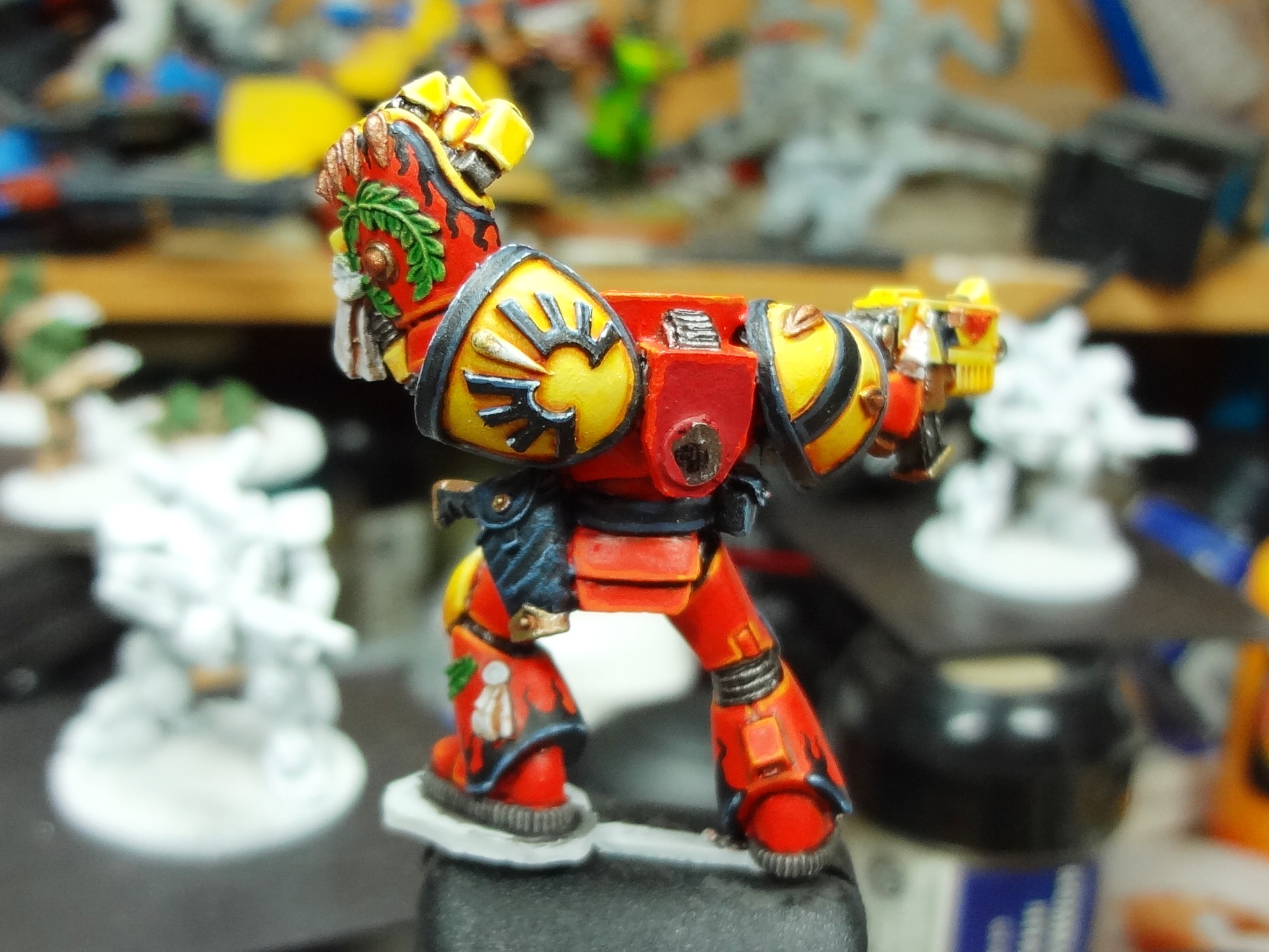 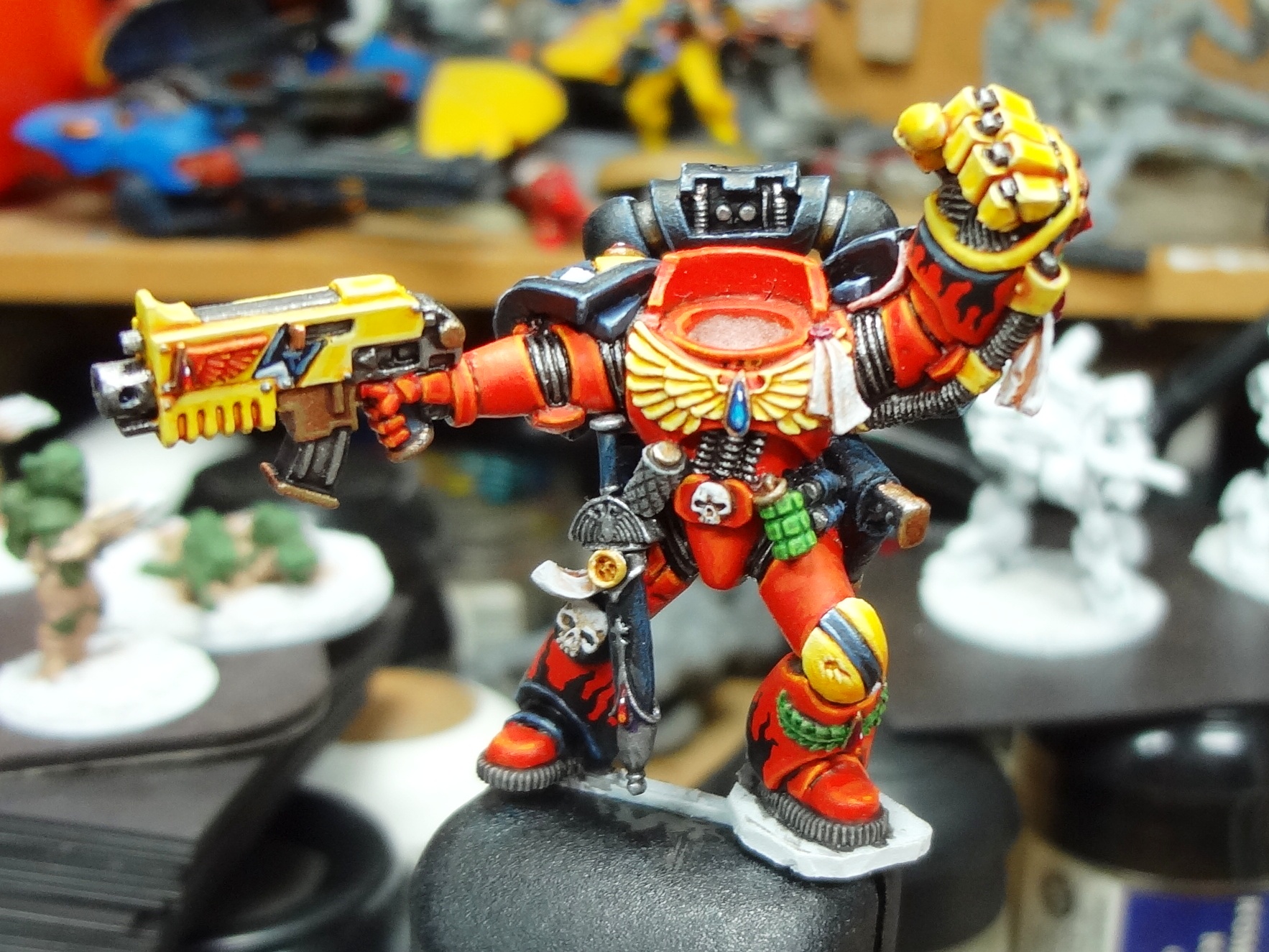 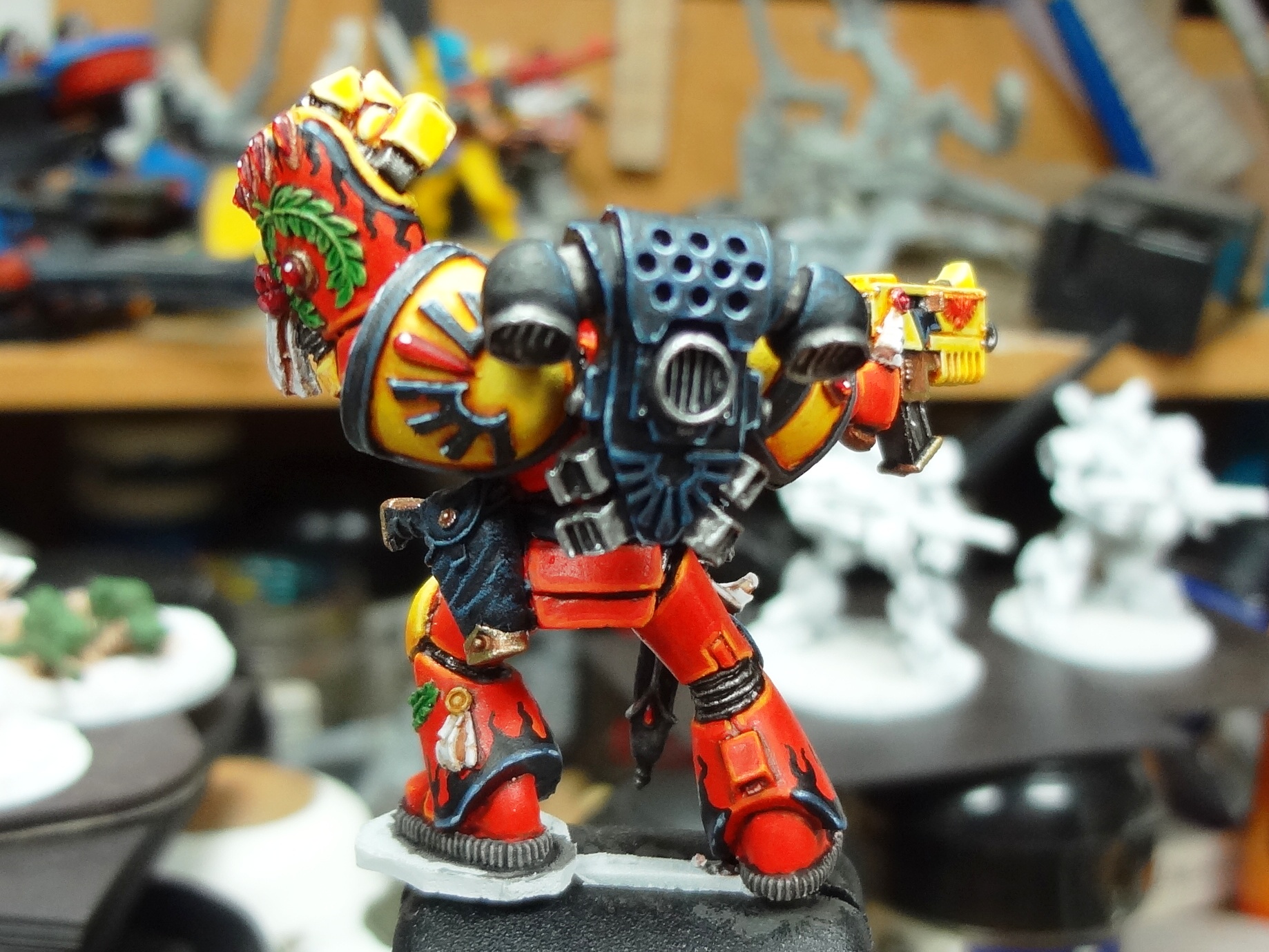 All in all, the mini painted up quickly and I packed in as much detail as possible.
The finished model turned out quite well and I am very pleased with him. 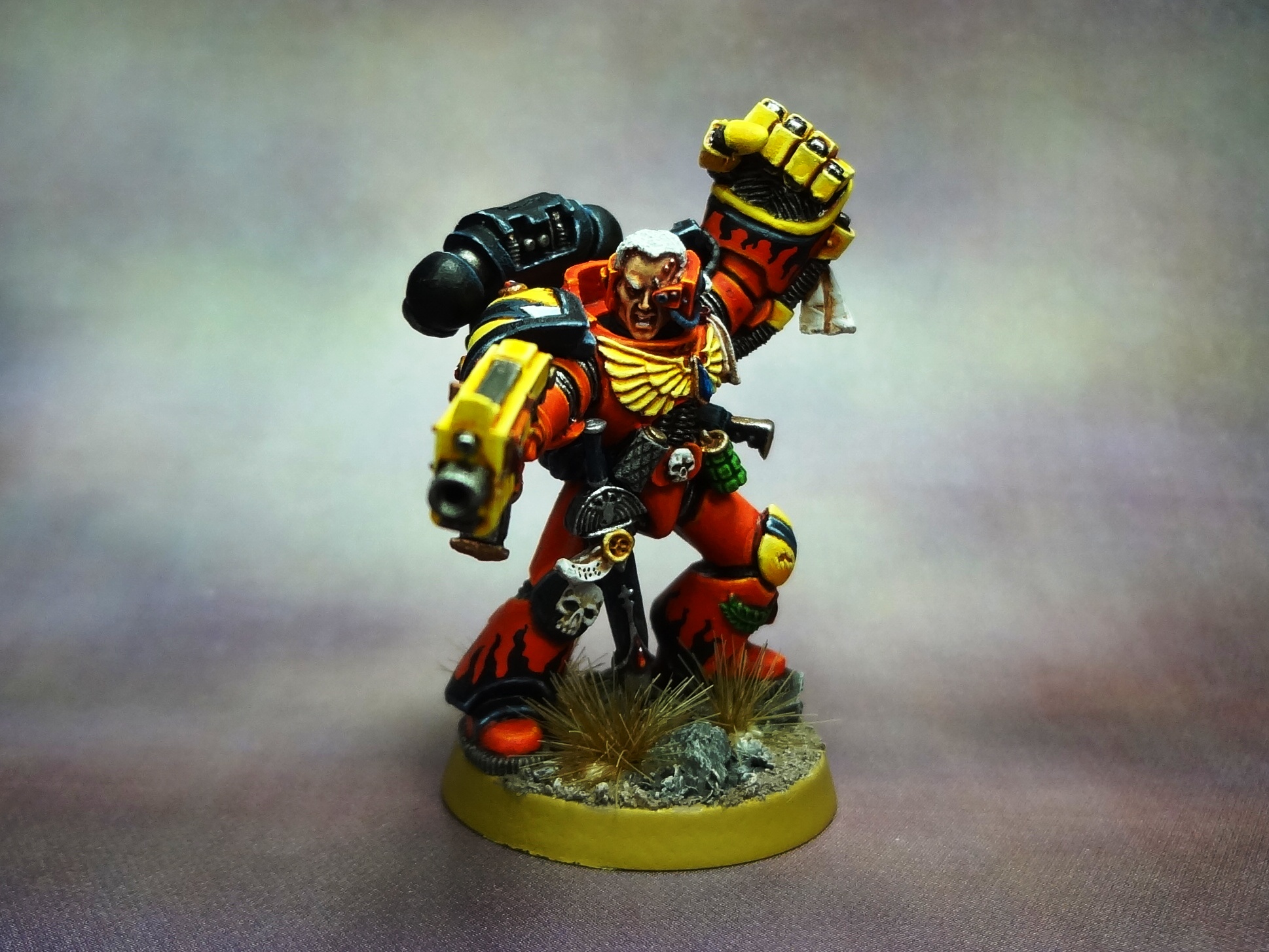 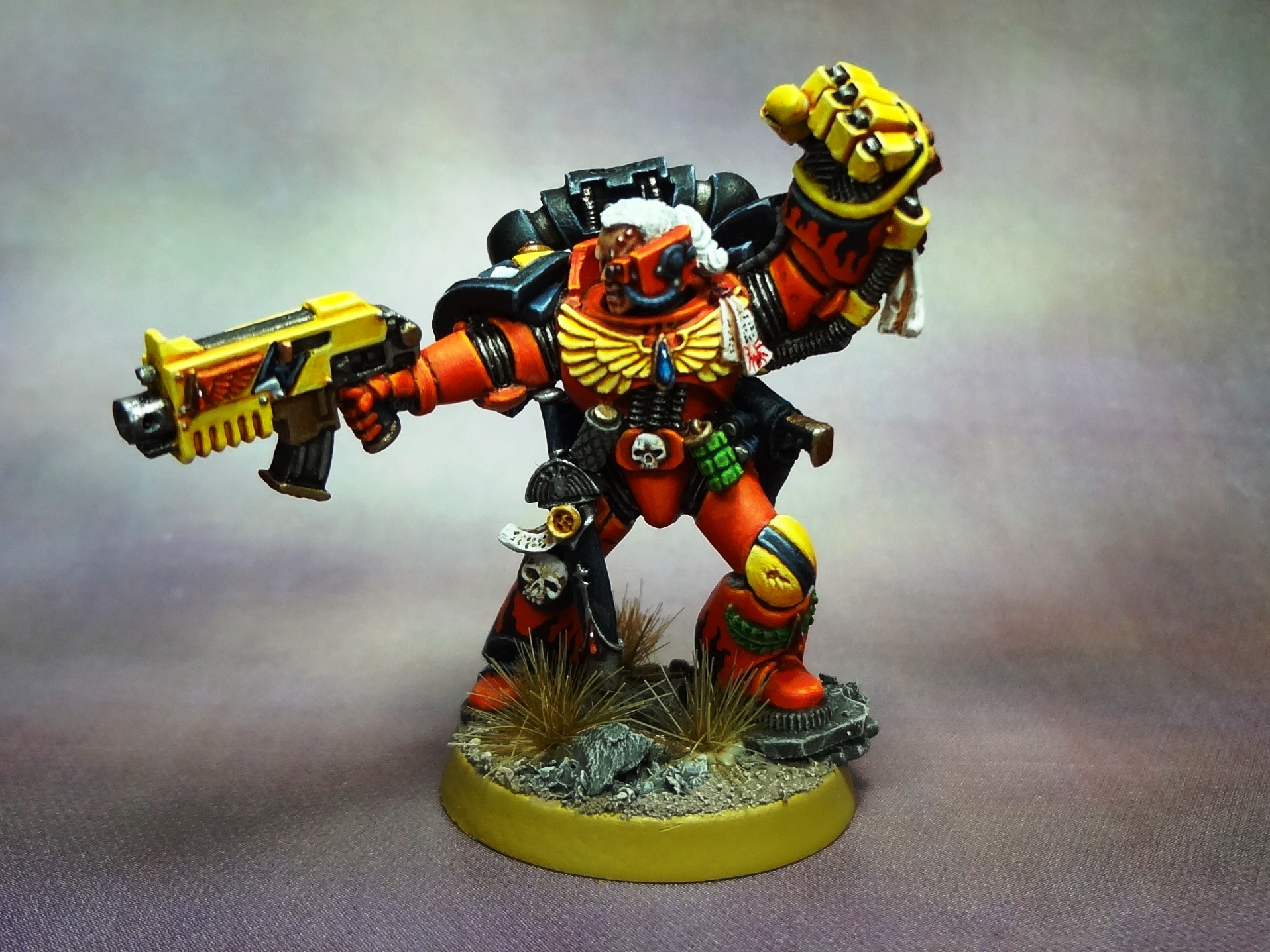 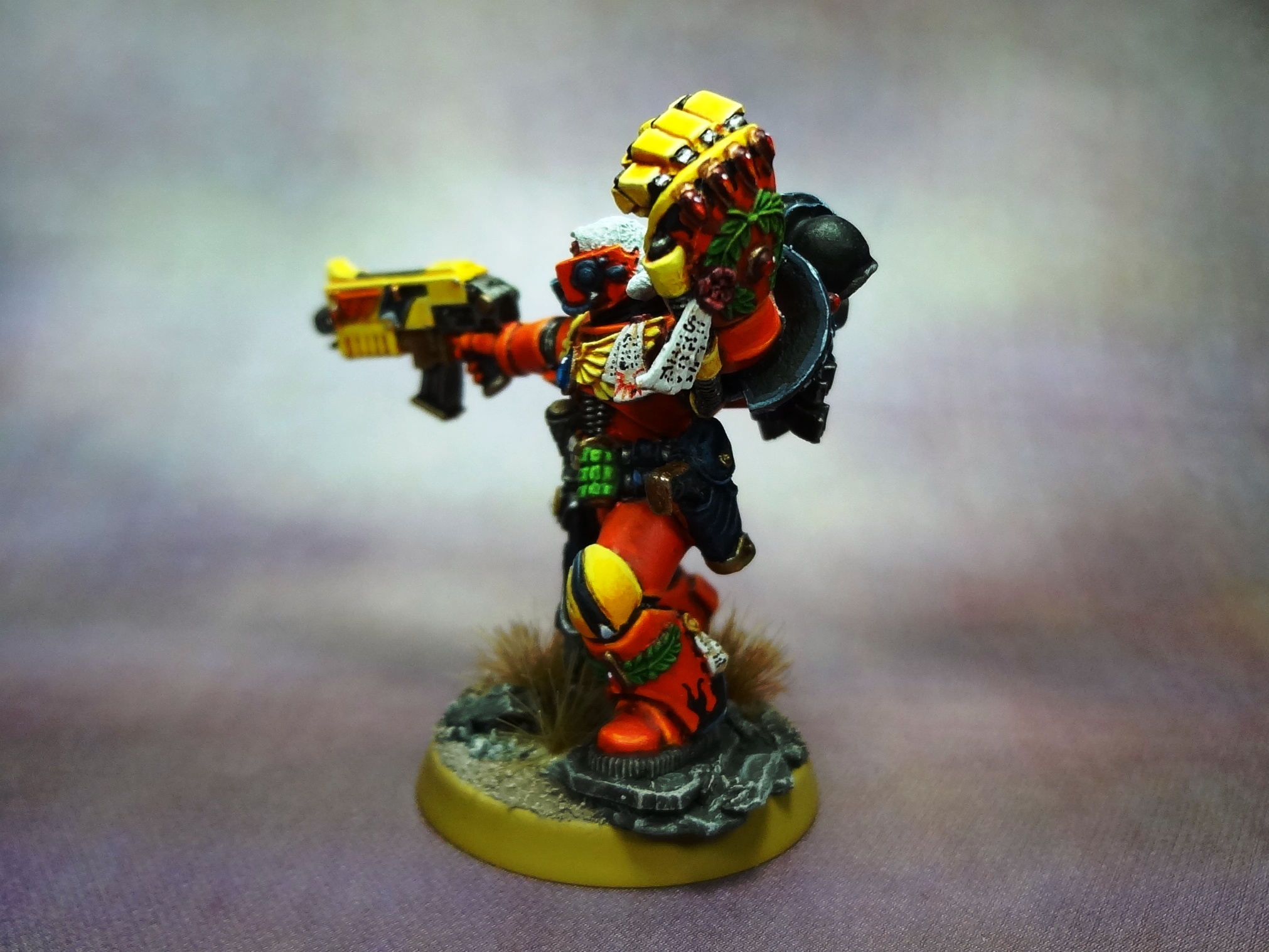 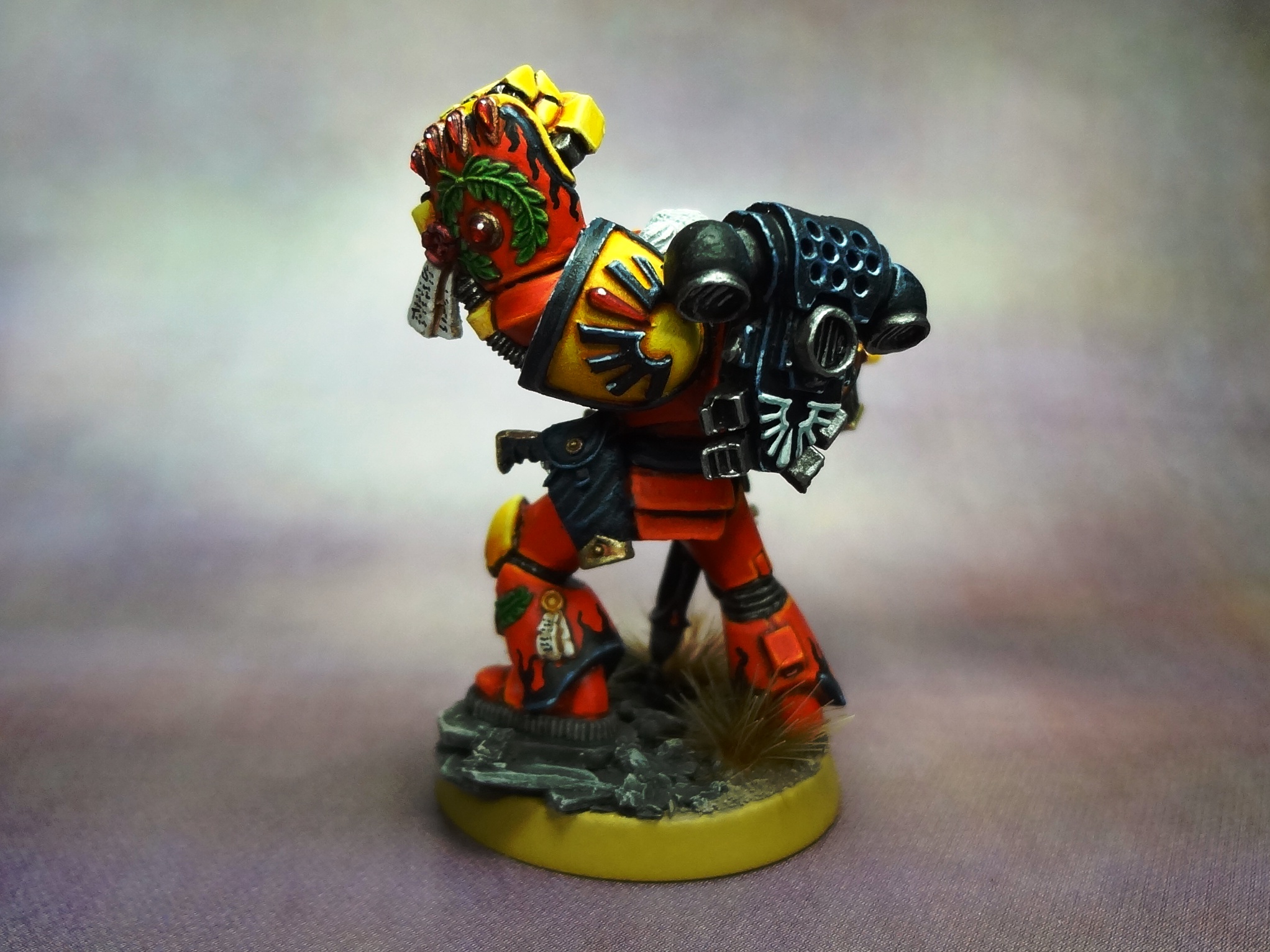 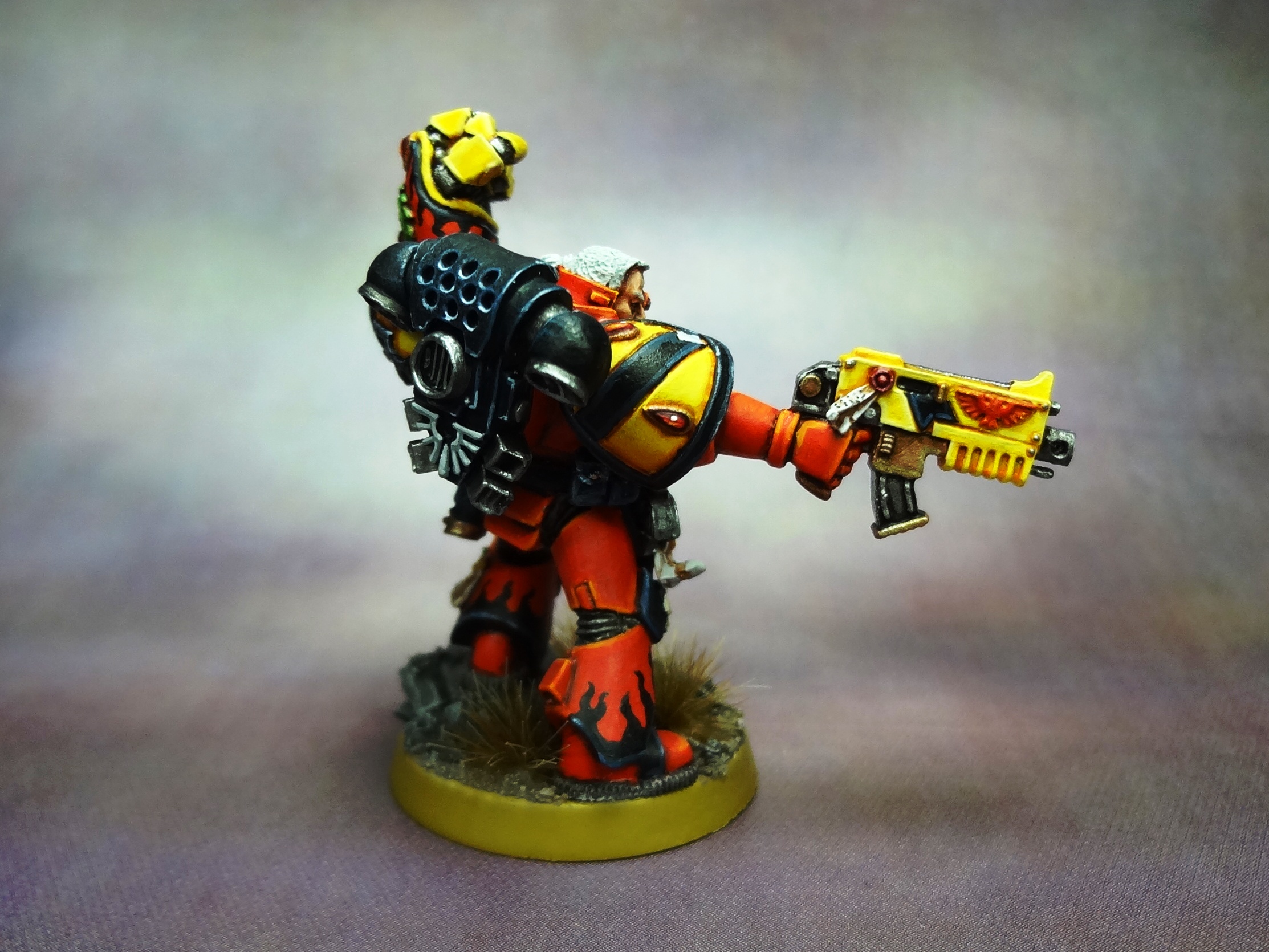 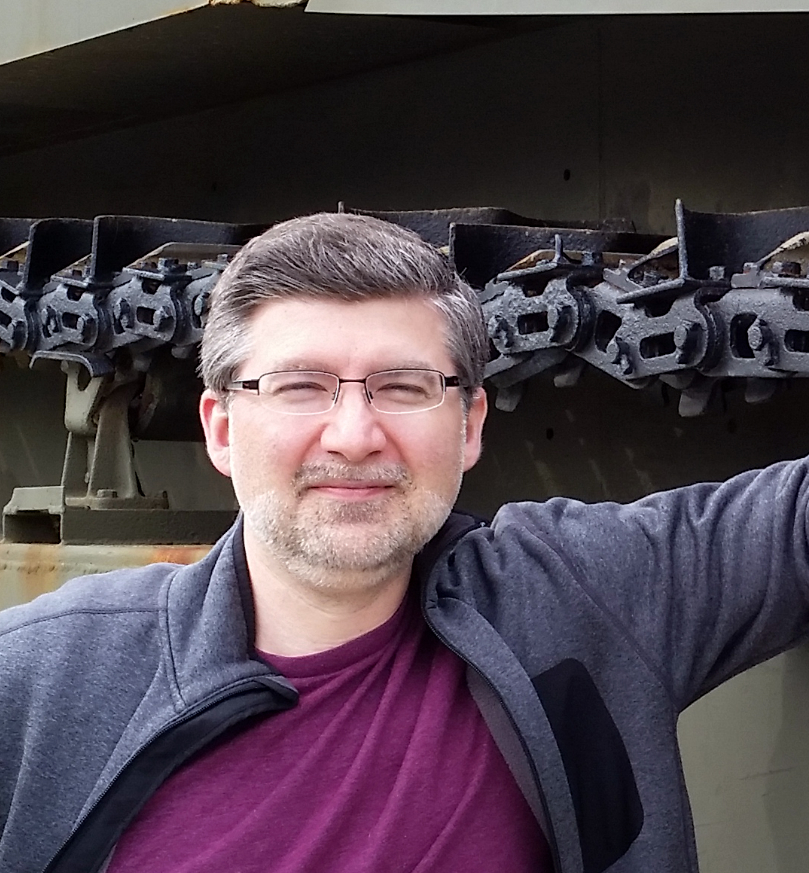